The question: “which browsers should my website/app support?” is often raised by clients and developers. The simple answer is a list of the top N mainstream applications. But has that policy become irrelevant?

# What are the Most-Used Browsers?

The top ten desktop browsers according to StatCounter for May 2017 are:

Mobile now accounts for 54.25% of all web use so we also need to examine the top ten phone browsers:

# Are Browsers So Different?

Despite the organic variety of applications, all browsers have the same goal: to render web pages. They achieve this with a rendering engine and there is some cross-pollination:

The majority of browsers use one of these engines. They’re different projects with diverse teams but the companies (mostly) collaborate via the W3C to ensure new technologies are adopted by everyone in the same way. Browsers are closer than they’ve ever been and modern smartphone applications are a match for their desktop counterparts.

However, no two browsers render in quite the same way. The majority of differences are subtle but they become more pronounced as you move toward cutting-edge technologies. A particular feature may be fully implemented in one browser, partially implemented in another, and non-existent elsewhere.

# Can My Site Work in Every Browser?

Yes. Techniques such as Progressive Enhancement (PE) establish a baseline (perhaps HTML only) then enhance with CSS and JavaScript when support is available. Recent browsers get a modern layout, animated effects and interactive widgets. Ancient browsers may get unstyled HTML only. Everything else gets something in between.

PE works well for content sites and apps with basic form-based functionality. It becomes less practical as you move toward applications with rich custom interfaces. Your new collaborative video editing app is unlikely to work in the decade-old IE7. It may not work on a small screen device over a 3G network.

Perhaps it’s possible to provide an alternative interface but the result could be a separate, clunky application few would want to use. The cost would be prohibitive given the size of the legacy browser user base.

# You Haven’t Answered the Question 🙁

The question “which browsers should you support?” has become too restrictive. Presume your answer was just “Chrome”:

Providing a browser support list has become impractical for client-facing projects. Perhaps the best answer is: “we’ll develop your project according to presumed demographics then test as in many devices, OSes, browsers, and versions as possible according to budget and time constraints”. Even then, you’ll miss that aging Blackberry the CEO insists on using.

Develop for the web — not browsers.

Your Small Business Needs a Blog and Here is Why 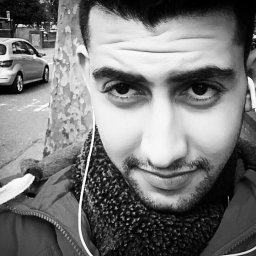